"When she takes a seat on Seattle’s nine-member City Council on Jan. 1, representing the Socialist Alternative Party, she will become one of the few elected socialists in the nation, a political brand most politicians run from....

The spotlight on Ms. Sawant, as one of only a handful of self-avowed socialists to be elected to a city council in a major American city in decades, experts say, could be intense. Her party has supported Ralph Nader for president, but its website also links to the writings of the Bolshevik leader Leon Trotsky. It put up municipal candidates in Boston and Minneapolis this year, though none won. The Socialist Party USA, an older group, regularly fields candidates in state and federal races...."

The Affordable Care Act is Not Socialism

"Greg Pason, the national secretary of the Socialist Party USA said in a recent interview: 'The ACA program relies on private health insurance companies to manage health services,' Pason said. 'A socialized system would not include ‘health insurance,’ but would be an actual national health-care system which would be publicly funded through progressive taxation and controlled by democratically elected assemblies of health-care workers and patients.'


OBAMA'S NOT A SOCIALIST......WE ARE
“People call me a socialist sometimes. But, no, you’ve got to meet actual socialists. You’ll have a sense of what a socialist is,” Mr. Obama said. “I’m talking about lowering the corporate tax rate. My health-care reform is based on the private marketplace. The stock market is looking pretty good last time I checked.” We agree Mr. Obama, you're NOT a socialist, but we ARE. 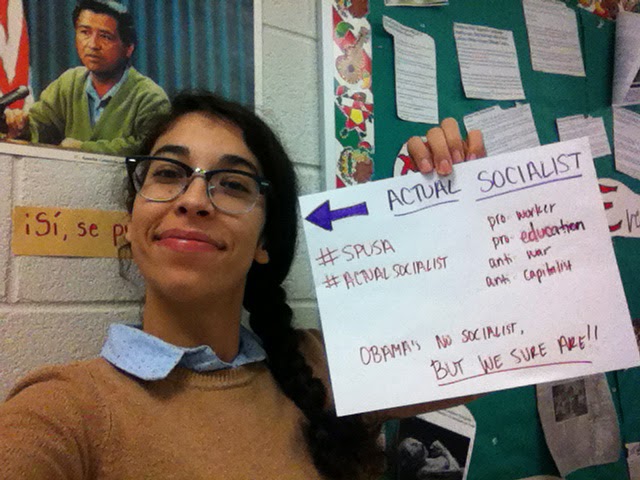